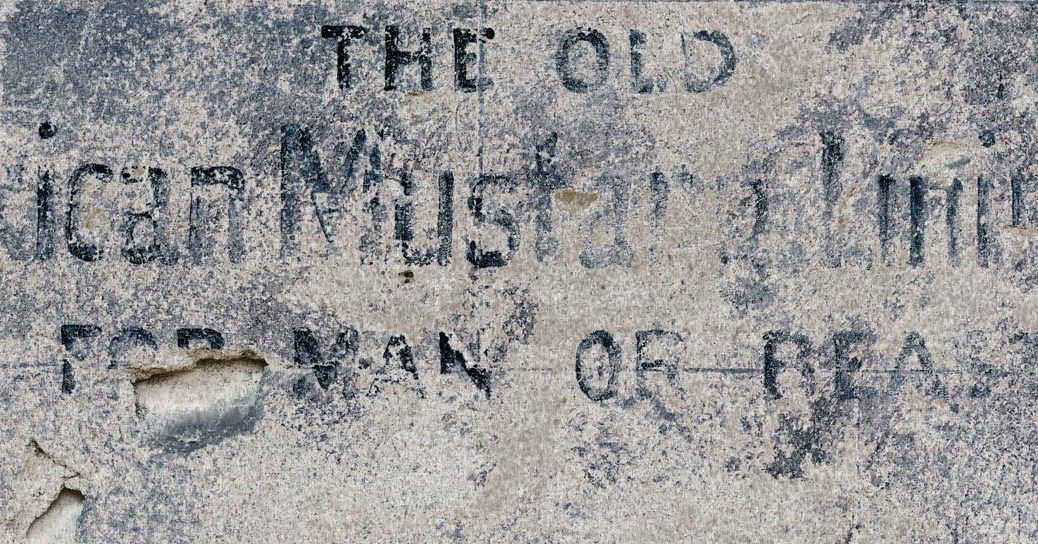 I’m starting a series where, for ghost signs I have photographed, I will show examples of the products themselves which I have found on Ebay. The first is for Mexican Mustang Liniment.

I found this great sign on a side street in Virginia City, Nevada. Virginia City is the mining town associated with the Comstock Lode, the largest silver deposit found to that time.  The town went through the typical boom and bust cycle, peaking in the 1870’s.  The town is also notable because it is where Mark Twain started his writing career. Today, it is an active tourist destination.

[VENI. V]IDI. VICI.
The Old
Mexican Mustang Liniment
for Man or Beast
It has STOOD the TEST
for over HALF a CENTURY
Penetrates to the ROOT of ….
AND …… 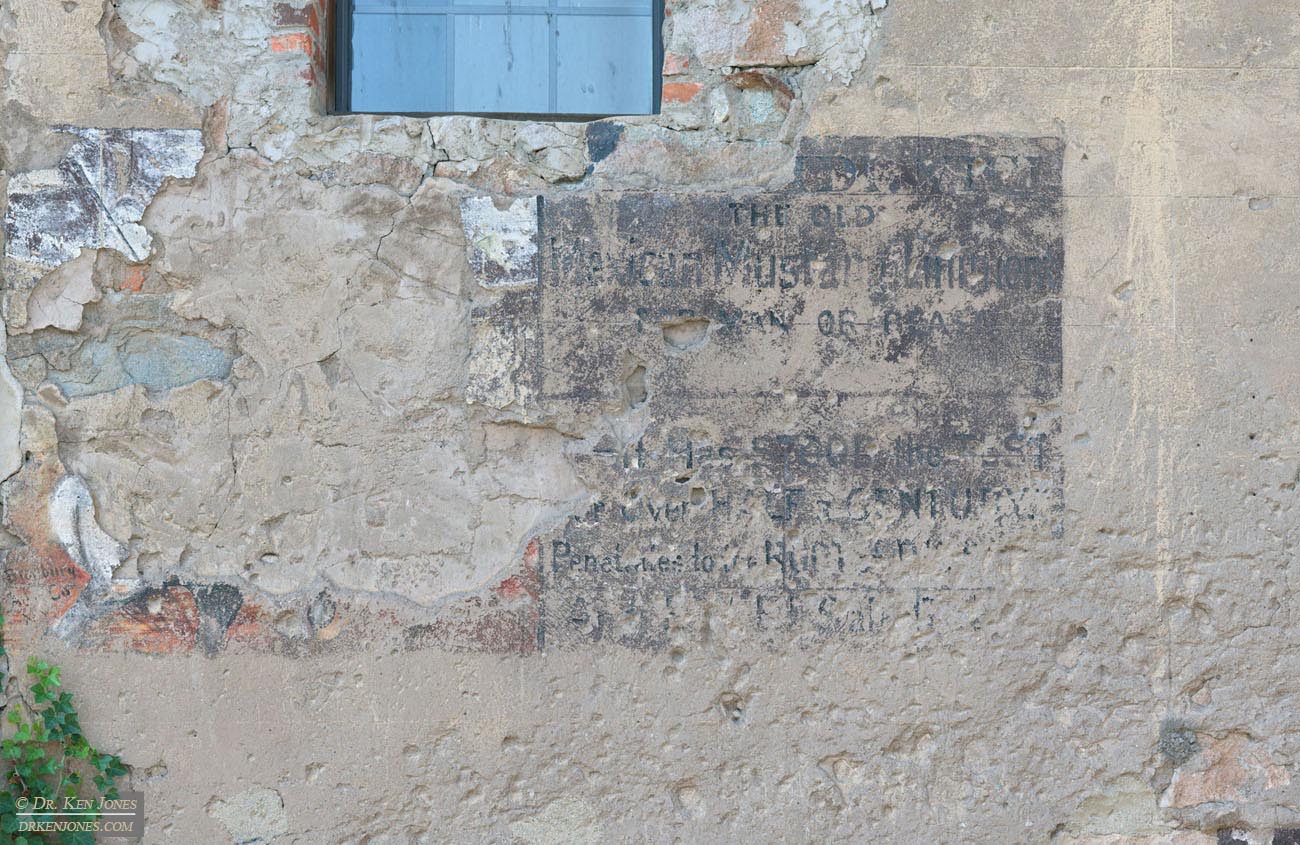 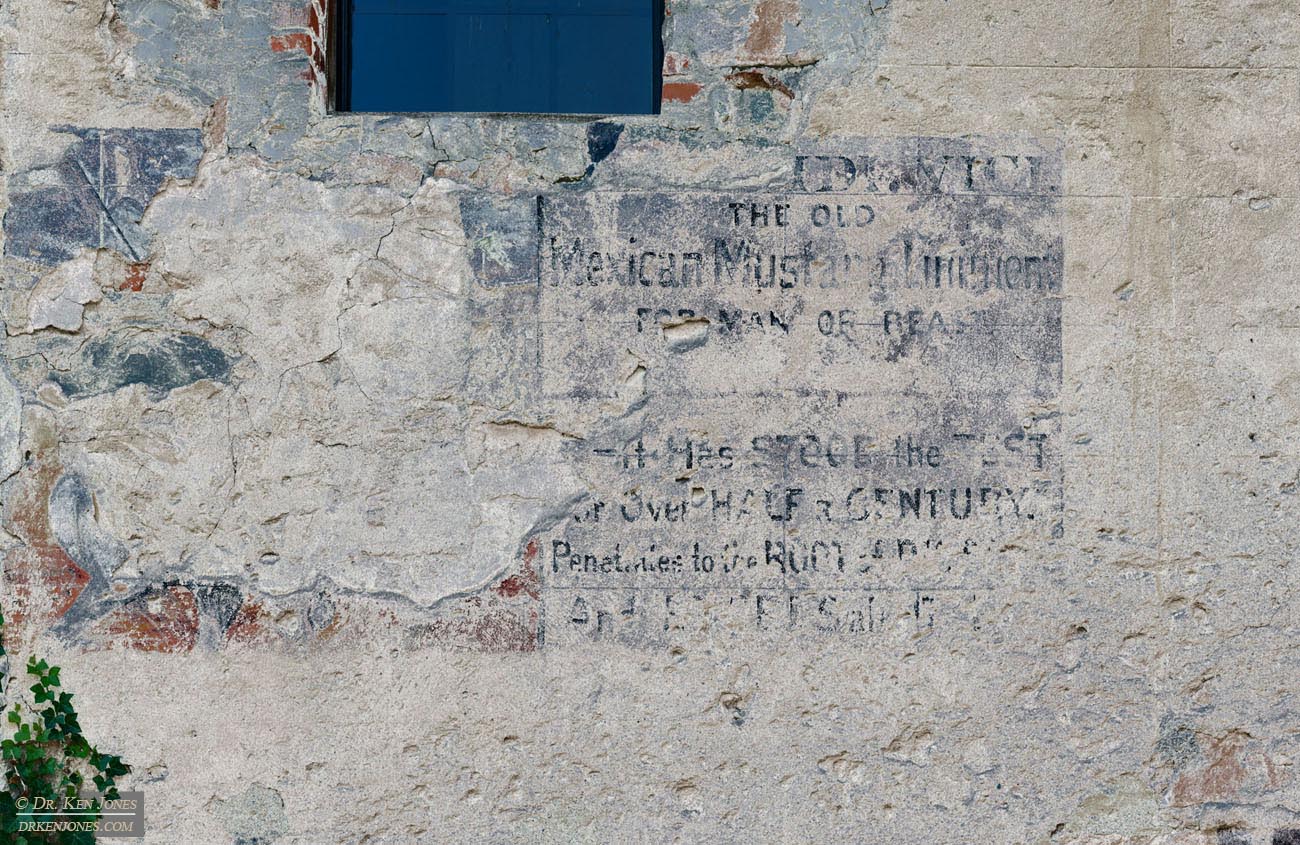 Mexican Mesquite Liniment was started in 1830 and later purchased by a New York company. There was some residue in the bottle I purchased and it smells like some yucky petroleum product.  This bottle is from after 1923 based on the information shown on the paper label.

Where else would something named Mexican Mustang Liniment be made than Brooklyn, NY?